In 2015, Temple Learning Academy was a newly created free school operated by the Temple Newsam Learning Partnership Co-operative Trust. Funded by the ESFA the Trust set out plans to convert an abandoned leisure centre and scrub land in Halton Moor, Leeds into a modern through-school for 1020 pupils. Partnering with ISG construction we were selected to begin work designing the new school and site. With a myriad of constraints and a limited budget, getting the initial vision for the project proved challenging, but with perseverance and determination a scheme emerged from the drawing board. As the design developed and the fine tuning took place, an excitement unfolded amongst the client and the design team; this was going to be a project which would shine.

Approaching 1 year since the handover of the academy we are looking back at the progress of the school, the successes of the journey and the praise which has been given to both the building and the people involved in making it happen.

One of the most challenging periods of the design processes is ensuring each parties aspirations and expectations align around the same place. Client’s may have aspirations beyond the project budget and capacity of the site; and contractors have aims of construction ease which may not be feasible in meeting the requirements of the brief or the needs of the local planning authority. As lead designers, managing this process can be tough and if not handled well it can taint the whole project with mistrust. While initial design meetings for Temple Learning Academy got off to a tentative start, regular dialog between the project team and client was essential to build relationships and to help everyone understand the other parties constraints. As lead designers we try to iterate that everyone around the table wants the project to be a success and for that shared goal to be a driving force in getting best possible solution for the project. At Temple Learning Academy we were fortunate to have a contractor and client team who embraced this philosophy resulting in a fantastic end solution for the school.

A School in the Making

Back in 2015 the school did not exist. It was paramount for the academy that they would be at their final location from day 1 and not in temporary cabins a few miles down the road. The challenge for the academy lay in convincing parents in the surrounding areas to sign their children up to a school which had no track record, no teachers and most of all no building. For this to work the academy needed to get the parents to buy into the vision of the school and to look past the notion that they would initially be sending their children to a derelict leisure centre covered in litter, graffiti and overgrown shrubland.

This is where the Headmaster, Matthew Brown stood out. His passion for the school, and his faith in the design and delivery of the facility shone through to convince the local community that the academy was going to be a success. The design team looked to assist the academy in two ways, firstly; drawing up plans of how they could convert and segregate part of the building and site to be used as temporary accommodation and secondly; helping the academy sell the vision of the school to the parents. As the lead designers we assisted the academy in putting together presentation material for exhibition meetings and distributing through social media and leaflet drops. This included producing a 3d fly-around presentation of the proposed academy. This allowed the parents to see beyond the existing untidy site and imagine what it was going to be. Following a successful campaign the academy welcomed its first intake of 2 classes in September 2016.

With works on the building well underway in 2017 the school was able to find a second cohort of pupils for the 2017-18 term and for the 2018-19 academic year, with the building works complete, the school is now oversubscribed. Combining this with the first OFSTED report rating of Good, the school is well on its way to becoming an established institution for the local community.

With the school sharing the site during the construction process there was a team buy-in from client and contractor to make the situation a positive aspect for the temporary accommodation. Together with the contactor, initiatives were set up to get the pupils involved in the process and to keep the school informed of progress constantly. Lead by the site manager, James Fryer, initiatives were set up to allow site visits for children; windows were placed in the hoardings at low level to allow children to watch their new school being built and unused plastic tubes and timber were given to the school for the children to play with along with branded PPE. In short, the academy was encouraged to be part of the build as much as possible. Thanks to James and his team, the constant communication and the adoption of a ‘no surprises’ moto resulted in a genuine trust and appreciation between all parties. This helped immensely when it came to consulting the school over key decisions and getting swift responses.

During the site works Watson Batty Architects personnel had regular presence on site, often spending an afternoon working from site offices in addition to attending client and design team meetings. The continuity and familiarity of people on the project helped in maintaining the trust and confidence between the parties; so when it came to reviewing internal finishes or considering minor design changes (when finding unknown steel cross bracing within the existing building) these exercises were dealt with swiftly and efficiently.

Before the project was handover ready, the schools excitement and eagerness to move in was clear to all. Perhaps the most rewarding part of the job as an architect is seeing the client’s reaction to the finished article. What was evident on this project was the client’s ability to appreciate the minor details and considerations which were designed into the building. The appreciation of a glass screen to gather borrowed light or the rearrangement of an office to create a larger IT room were particular examples where the client then appreciated the intent made on paper many months before. It perhaps seemed more notable on this project because of the client’s absolute buy in during the early design process; because they felt part of the design team they became engaged in seeing the results which they had created.

Following the renewal of the ESFA framework earlier this year, the ESFA asked both the contractor and ourselves to host an open day at the Academy to showcase the project as an exemplar scheme. With contractors from the new framework in attendance, a talk was given about the processes undertaken in delivering a successful project and was finished off with a tour of the facility. The event was a success and hopefully passed on a few lessons learned which can be implemented in future ESFA projects

Since the handover of the site to the Academy, there has been a string of award successes associated with the project. 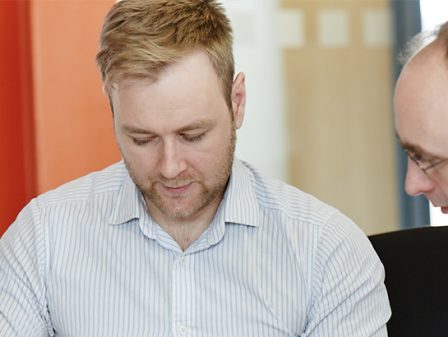 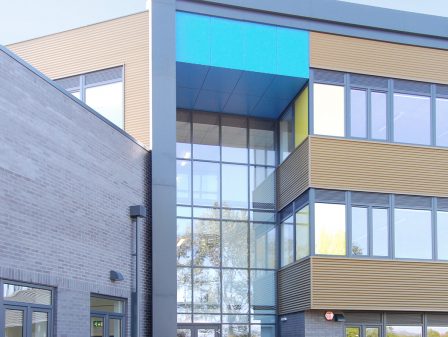 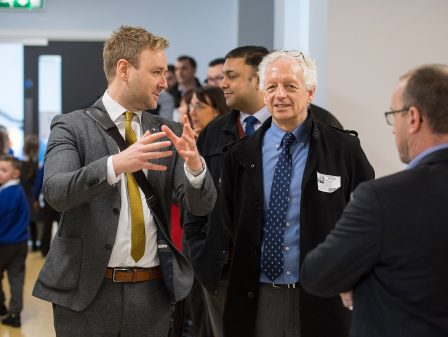 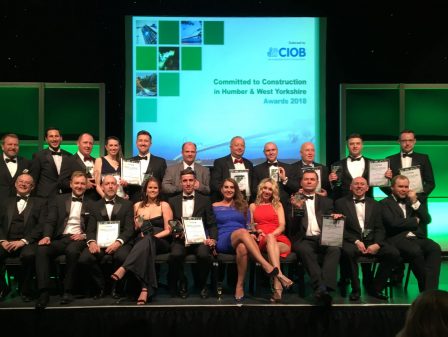 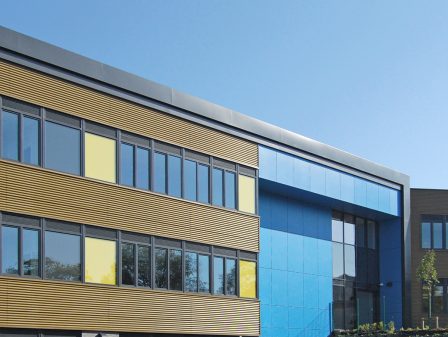 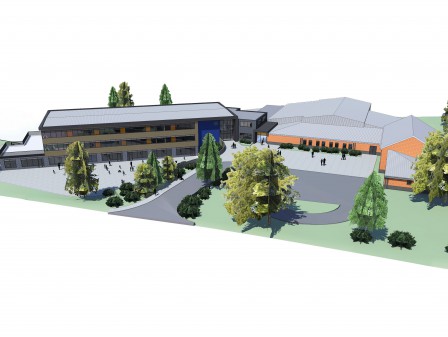